Our experts are experienced in various fields and enable us to provide various industrial customers with a wide range of professional solutions, thus winning competitive advantages for our customers. We are dedicated to continuous improvement and innovative breakthrough for product and service excellence, thus achieving the more safe, convenient and efficient use of electricity.

With the support of policies, China's photovoltaic industry has continued to develop well in recent years. Whether it is large-scale photovoltaic power station, building photovoltaic, or intelligent micro grid, it must ensure that the overall power generation efficiency is maximized, the operating cost is reduced, and the grid access is realized at a fair price under the premise of safe and stable operation of the photovoltaic system.

In the face of increasingly severe environmental problems, it has become a global consensus to vigorously develop renewable energy represented by wind power. In recent years, China's wind power has entered the stage of large-scale development and utilization. The installed capacity is at the forefront of the world and has become the third largest power source after thermal power and hydropower.

In the mid-1990s, British engineer Kevin Ashton proposed the concept of "Internet of things".

On January 17, 2019, the State Grid Corporation of China put forward the "ubiquitous power Internet of things". The application of the "Internet of things" technology in the power industry has opened a new path for safer power grid operation, leaner management, more accurate investment and better service.

It is estimated that by 2020, the total length of urban traffic network vehicles planned to be constructed nationwide will be more than 6600km, more than 3000 km more than that of the 12th Five Year Plan, and the total investment scale of construction will reach 2 trillion yuan.

With the development of Internet cloud computing, the demand for "big data" is everywhere, which promotes the rapid development of the global data center industry. The data center is a complex set of facilities. It includes not only computer system and other supporting equipment (such as communication and storage system), but also redundant data communication connection, environmental control equipment, monitoring equipment and various security devices. In the power supply and distribution system of the data center, Nader provides professional low-voltage electrical products to protect the continuous, reliable and uninterrupted operation of the data center.

Public buildings involve cultural and sports education, science and technology, medical and health, administrative office and other aspects of people's livelihood. With the continuous growth of China's economy, people's demand for health, leisure, entertainment and other spiritual aspects will be higher and higher, but there is a phenomenon of lagging behind the developed countries and uneven distribution. In terms of medical and health care, China's per capita medical resources are lower than those of developed countries, and the average medical resources of urban population are more than 2.5 times that of rural population (the three places with the richest resources: Beijing, Shanghai and Tianjin). Therefore, the focus of the public building industry will gradually shift to the second and third tier cities along with the "spillover effect" of the first tier cities, thus driving the development of the public building market in the second and third tier cities.

From the manufacturing point of view, automobile is an assembly product, which is composed of a large number of parts. Although different vehicle technologies and internal structures are different, the required parts are about 10000 to 20000; In addition, in terms of sales, the annual sales volume of cars exceeds 10 million. Among the commodities with annual sales of more than 10 million pieces, only the automobile is composed of tens of thousands of parts. From both supply and demand, we can see the huge extent of its supply chain. For an automobile manufacturer, the parts of an automobile can be divided into four categories, namely, the body, the engine, the electronic appliances and the chassis.

Although the proportion of self-made parts of automobiles produced by different automobile factories is different from each other, there is no doubt that there is a close relationship between the assembly of complete vehicles and the production of parts. In addition to the production of parts and components, the automobile industry has also driven a large number of industrial sectors upward, such as machine tools, steel, synthetic materials, tire manufacturing and other industries, and has driven the development of industries such as automobile sales, consumer credit and automobile maintenance downward. Thus, a long chain and large-scale industrial system is formed.

By 2020, the "four vertical and four horizontal" intercity electric vehicle rapid charging network will be built, and more than 800 intercity rapid charging stations will be added. More than 12000 centralized charging and exchanging power stations were added, and more than 4.8 million decentralized charging piles (4 million AC and 800000 DC) were added to meet the charging and exchanging demand of 5 million electric vehicles in the country, and the proportion of piles to vehicles was about 1:1.

By the end of December 2018, there were 5138 Enterprises above designated scale in China's iron and steel industry (21.4% loss), with business income of 6400.65 billion and total profit of 402.93 billion (a year-on-year increase of 37.8%). In 2018, the operation of China's national economy remained within a reasonable range, and the overall stability and progress in stability continued to show. The steel industry achieved significant capacity reduction and the market developed steadily.

It is predicted that China's steel demand in 2019 will be 800 million tons, a year-on-year decrease of 2.4%. The output of pig iron was 726 million tons, a year-on-year decrease of 4.9%; In 2019, China's economic development will maintain a relatively stable growth trend, and the demand for steel in machinery, shipbuilding, household appliances, containers, railways and other industries will continue to grow, but the demand for steel in construction, energy, automobile and other industries will decline slightly. It is predicted that the total demand for steel in China will decline slightly in 2019. • Capacity replacement, strict prevention of ground steel payment, structural reform, steel plant relocation / transformation;

The pulp and paper industry is still a growing industry in the world (2.6%, and Asia has become the main engine of growth). The growth of packaging paper is obvious all over the world; In five years (to 2020), the overlord of pulp mills will return. Internationally, paper making is the third largest industry after telecommunications and steel. China's paper industry has developed rapidly with an increase of more than 10% in the past 10 years, with production and consumption accounting for about 10% and 14% of the world, ranking first in the world

The annual increment of public hospitals was basically the same; The new number of private hospitals is about 1000 per year; In 2022, the number of profit-making hospitals will be twice that of non-profit hospitals; The compound annual growth rate of the state's investment in the medical industry was 15.2%; The annual demand capacity of low-voltage electrical appliances in the medical construction industry is about 4 billion; The product shall be safe, reliable, efficient, energy-saving, healthy and environmental friendly; 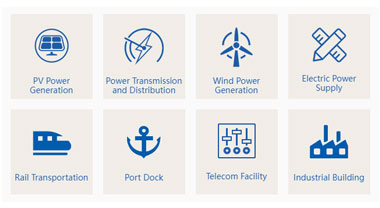 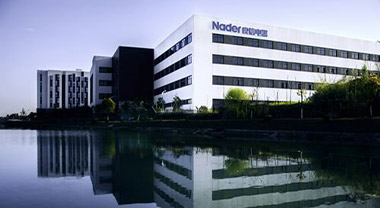